You are not connected. Please login or register

prognosis of UTI by ChunHua Yang and ShuHui Yuan

prognosis of UTI by ChunHua Yang and ShuHui Yuan

During Pregnancy
If a pregnant woman develops a urinary tract infection (UTI) it often travels to the kidney causing pyelonephritis, due to hormonal changes and fluctuations and increased pressure on the bladder

McDermott S. et al studied about the perinatal risk for morality and mental retardation associated with maternal urinary tract infection this research was done in a retrospective cohort design to explore the risk for fetal death and mental retardation or developmental delay associated with exposure to maternal UTI during pregnancy. There were about 53,043 pregnancies also they included 7522 repeat pregnancies. The setting of these study was held in South Carolina Department of Health and Human Services. All data gathered were recorded in the medical record and coded per month and year. Clinical diagnosis was supported by laboratory tests and findings and recorded by the attending physicians. On mental retardation the diagnosis was based on the standardized scores on the Stanford-Binet Intelligence Scale form. The data were analyzed by the used of chi-square tests, survival analysis procedures with use of SAS software and logistic regression modelling. The measures of outcomes were fetal death and mental retardation or developmental delay in the live-born children. There were some limitations identified in this study like issues significant to exposure variable and in the case definition for mental retardation or developmental delay differed for the two data sets.

This research shows an increased relative risk for mental retardation or developmental delay in the third trimester of pregnancy. A 2.23 or 95 percent fetal death associated with maternal Urinary tract infection in the third trimester relative hazard. The mother and child characteristics showed an equal proportion of black and white participants from low economic environments. A fetal death rate of one point nine percent and urinary tract infection of 15.6 percent.

Based on our review of this article an additional longitudinal studies are needed to assess and evaluate the association of the time of infection with presenting symptoms and the organism also anima models are helpful to understand the mechanisms of the mechanism of injury to the fetal brain. However the findings support an association between third trimester maternal UTI and fetal death and mental retardation.

Urinary tract infection (UTI) is a common bacterial infection in children. Studies in Western countries suggested that it accounted for 5% of febrile illnesses in young children.1 It is especially common in infants, female and the White race.2 Imaging studies following UTI revealed a high incidence of abnormalities in the renal tract, with vesicoureteric reflux (VUR) in 30-50%1 and obstructive uropathies in 1-4%.3 Evidence of renal parenchymal damage was present in 1.6-15% as seen on intravenous urography3 and 59% as seen on 99mTechnetium-dimercaptosuccinic acids (DMSA) scans.4 The risk of renal scarring was positively associated with the severity of VUR and number of recurrent febrile UTI. The relationship of such radiographic findings to long term sequalae such as hypertension and chronic renal failure have been challenged. Nevertheless four of the 52 patients with VUR reported by Smellie et al developed end stage renal failure after 10 years.5 A review of the literature also found that end stage renal disease developed in 3-10% of patients with extensive scarring.1 Ethnic difference has also been reported in the incidence of UTI and VUR.6

Despite controversies in its management, it is important to recognise UTI in young children and be familiar with its clinical significance. In the local Chinese population, case series of childhood UTI were reported in the mid-1980's.7,8 In the present study we aimed to review the epidemiology, clinical findings, imaging studies and outcome of a more recent cohort of UTI patients and highlight any secular changes by comparing with previous reports, or any significant differences from the Western populations.
Results

Fever (>=38.0°C) was the major symptom in 87.5% of the neonates (<1 month) and in 94.4% of infants. Other symptoms in these age groups were also non-specific. In older children, only 50% had fever, but 70% presented with dysuria. One neonate (12%) and 6 infants (8%) presented as febrile seizure. One patient had Escherichia coli septicemia secondary to UTI.
1. Downs SM. Technical report: urinary tract infections in febrile infants and young children. The Urinary Tract Subcommittee of the American Academy of Pediatrics Committee on Quality Improvement. Pediatrics 1999;103:e54. 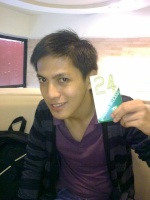 DYAD RESPONSE TO: FOLLOW-UP FOR UTI

DYAD RESPONSE TO: FOLLOW-UP FOR UTI

It is practice parameter for children (aged 2 months to 2 years) with first-time febrile UTI to conduct a repeat urine culture if the control of fever is not achieved within 48 hours. The rationale behind this is that the suggested parameter assumes repeat urine culture will provide useful information that will change the course of clinical management. Of the 364 patients identified to have UTI, 79.9% or 291 patients underwent follow-up urine cultures, none of which was found to be positive according to the study conducted by Currie, Mitz, Raasch, and Greenbaum (2003). Fever lasted beyond 48 hours in 32% of the patients. This result, however, did not have an effect of changing the current clinical management.

All the results of SF-36 quality of life were significantly decreased with the experimental group when compared to the controlled population. The theme formed includes patient general health perceptions, physical functioning, role limitation owing to physical health, and emotional health, vitality, emotional well-being, paint and social functioning. It can be concluded that patient suffering from the condition can significantly influence the quality of life among patients. Presence of urinary tract infections on women can lead to comparison whether if the case is acute, non-life threatening illness be as regarded as benign.

The quality of life among individuals, most especially patients, should be considered as a valid portion of patients holistic assessment. The sign and symptoms associated with the condition should be taken as seriously as part of a disease process. Since the result shows affectation in the quality of life of individuals which involves social function, vitality, and emotional well-being, physicians are encourage to provide preventive strategies later on after provision of management to urinary tract infection. The findings of this study will warrant further investigation into the impact on the quality of life.

The American Urological Association convened the Female Stress Urinary Incontinence Clinical Guidelines Panel to analyze the literature regarding surgical procedures for treating stress urinary incontinence in the otherwise healthy female subject and to make practice recommendations based on the treatment outcomes data. The panel searched the MEDLINE data base for all articles through 1993 on surgical treatment of female stress urinary incontinence. Outcomes data were extracted from articles accepted after panel review. The data were then meta-analyzed to produce outcome estimates for alternative surgical procedures.

The panel or the authors of the study found sufficient acceptable long-term outcomes data (longer than 48 months) to conclude that surgical treatment of female stress urinary incontinence is effective, offering a long-term cure in a significant percentage of women. The evidence supports surgery as initial therapy and as a secondary form of therapy after failure of other treatments for stress urinary incontinence. Retropubic suspensions and slings are the most efficacious procedures for long-term success (based on cure/dry rates). However, in the panel's opinion retropubic suspensions and sling procedures are associated with slightly higher complication rates, including longer convalescence and postoperative voiding dysfunction.